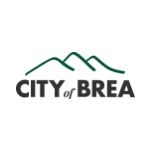 The City of Brea currently uses an “at-large” election system in which all voters in the City have the opportunity to vote for candidates for all five (5) seats on the City Council.  City Council candidates may reside anywhere in the City and they each provide citywide representation.  A by-district election system is one in which the City is physically divided into separate districts, each with one (1) council member who resides in the district and is chosen by the electors residing in that particular district.

On May 6, 2019, the City of Brea received a notice letter from Shenkman & Hughes, P.C. (“S&H”) alleging that the City’s at-large election system violates the California Voting Rights Act (“CVRA”). The City and S&H subsequently executed an  Extension Agreement in which S&H agreed to refrain from filing a CVRA action as long as the City took specified steps to transition to a by-district election system.

Pursuant to that resolution, the City Council intends to consider adoption of an ordinance to transition to a by-district election system in accordance with applicable laws including Government Code Section 34886 and Elections Code Section 10010, within 90 days of receipt of the 2020 Census results. That resolution directed staff to work with the City Clerk, City Attorney, a demographer and other appropriate consultants as needed, to provide a detailed analysis of the City’s current demographics and any other information or data necessary to prepare a draft map that divides the City into voting districts in a manner consistent with the intent and purpose of the CVRA and the Federal Voting Rights Act (“FVRA”).

For information regarding the districting process, please follow the links provided:

We Value Your Input!

For further information or to provide written comments, please contact the City Clerk’s Office at (714) 990-7756 or at districting@cityofbrea.net.